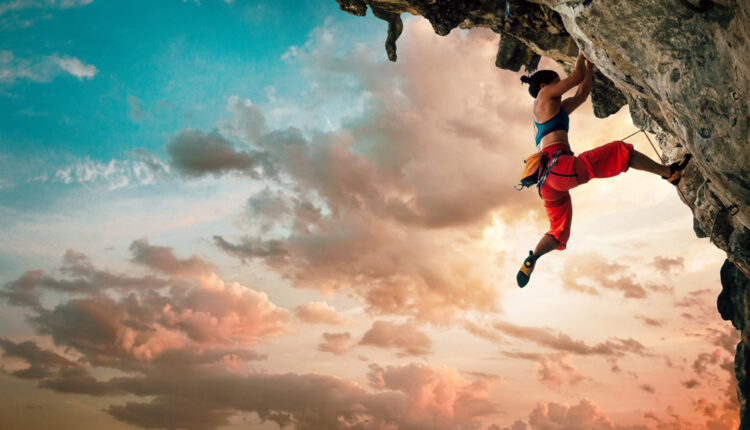 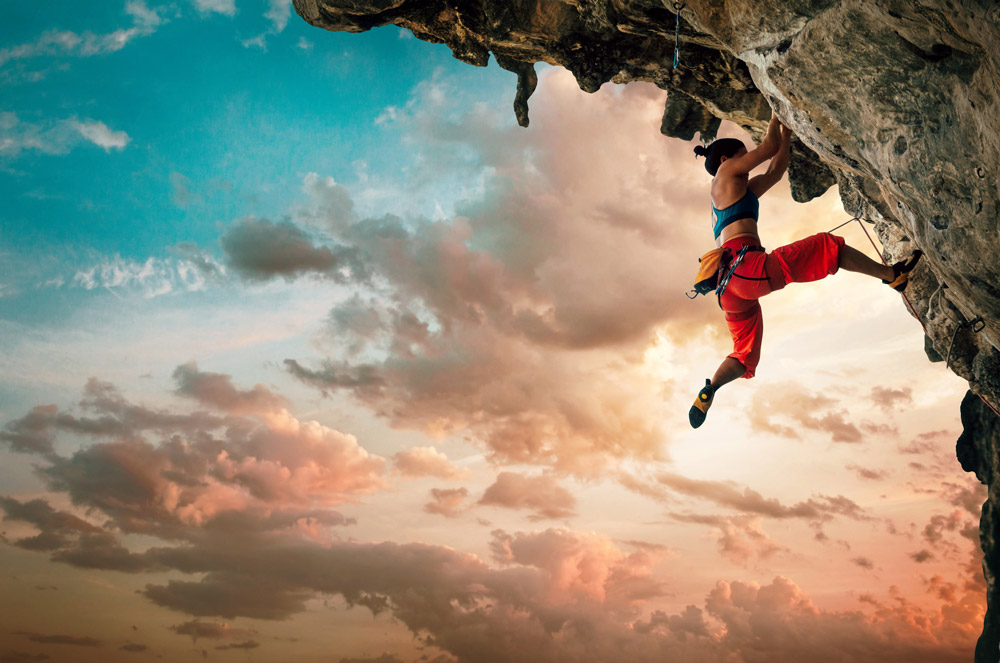 Climbing rock faces with the help of ropes and other equipment are referred to as rock climbing. The purpose is to go to the top of a rock face or structure, most commonly known as the summit. Climbing is a physically and intellectually difficult sport that puts a climber’s strength, endurance, agility, and balance to the test, as well as their mental fortitude.

Climbing may be a demanding sport, and appropriate climbing skills and the use of specialist climbing equipment are essential for completing climbs safely. It can be dangerous, but that is frequently seen as a positive addition to the adventure.

Bouldering is a fundamental climbing technique that can be performed both indoors and outdoors. The climber travels over small rocks or boulders with short movements and no harnesses or ropes. It usually has shorter routes, but it still contains a lot of complex and challenging paths.

Bouldering is popular not just because it is relatively safe, but also because it is significantly less expensive than other styles of climbing due to the lack of equipment required. All you need for indoor bouldering is good athletic attire, climbing shoes, and a chalk bag. You’ll also need some crash pads if you’re going outside.

Climbing in this method is incredibly adaptable, with a wide range of difficulties and route lengths. Sport climbers are often more concerned with the moves and tactics they use to get to their target than with the destination itself.

There are two types of sport climbing routes;

Traditional climbing is an outdoor climbing style in which the lead climber sets detachable protection along the route to protect against falls. As the team’s final climber ascends, the protection is removed from the route.

There are no restrictions with trad climbing. Simply put, trad climbing is an adventure. Trad climbing has a possibly higher risk factor than sport climbing due to the same considerations. In comparison to sport climbing where routes are permanently bolted, trad climbers, can better adhere to leave no trace ideals because current trad protection is detachable, leaving more pristine surroundings for future climbers to enjoy.

Big wall climbing uses long multi-pitch routes along with vertical rock, which often takes more than one day. This sort of rock climbing is appealing because of the thrill of sleeping on the side of a rock cliff with a mesmerising view. These routes, which often require ascents of at least 1500 feet, can take several days to complete, forcing daring climbers to spend nights on portal edges hundreds, if not thousands, of feet above the ground.

What equipment do you need?

Equipment is based on the type of climbing, but some general types of equipment include;

Rock Climbing is an adventurous sport as much as it is fun. Beyonk can help you choose the right package for yourself and your friends whenever you are in the UK and want to have a fun time. Contact us to know more details on our rock climbing experience packages.

The Biology and Treatment of Gambling Disorder