Truck Accidents are Increasing in Number – What Can Be Done 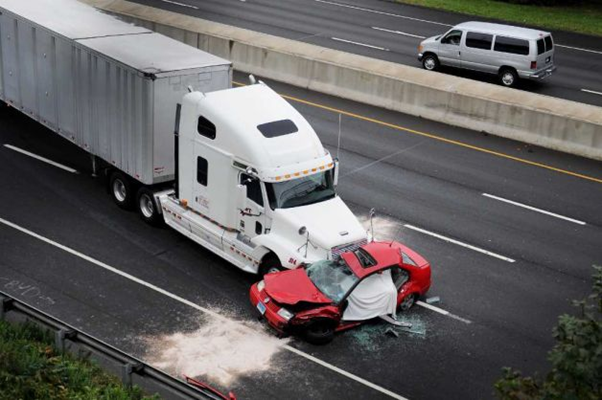 Startling statistics have found that  the number of fatal truck accidents in Texas has reached an all time high and fatalities are higher than any other state in the United States. Texas unfortunately claimed this title for having 484 fatalities from big truck accidents. This was far higher than the second placed state of California, with 293 fatalities, according to https://www.texas-truckaccidentlawyer.com/.

Of course, Texas is a big state with over 3200 miles of interstate highways to its name. There are also a large number of trucks that pass through Texas. But, whatever the reason for this high number of fatalities, Texas has a significant problem with 18-wheeler or tractor-trailer crashes, according to Houston 18 wheeler accident lawyer Greg Baumgartner.

Because of the size of the lorries involved, the injury potential of a big lorry accident is significant. This is especially so when a lorry is involved in a crash with a car or SUV. Sometimes, a fully loaded lorry will weigh upwards of 80,000 pounds, compared to a conventional passenger car which weighs 5000 pounds or less.

Because of their size, big trucks can take much longer to stop, both in terms of time and distance. It is often important to note that semi-trucks also have blind spots that are dangerous to passing vehicles.

Trucking companies and commercial truck drivers are regulated and monitored by the state of Texas. They are also regulated by the Department of Transportation through the Federal Motor Carrier Safety Administration.

Truck drivers must take measures to maintain accurate and unique records regarding the condition of the trucks that they drive, and the drivers are also limited in the amount of time they can drive for on a single day. There are many other safety rules that both the trucking company and the driver must follow to comply with the law.

Of course, regulation and monitoring alone will not bring the number of fatalities down in the state of Texas. It is important that regular drivers of family cars and SUVs take measures to drive with care. As a driver, you must stay out of the blind spots of trucks as much as you can and try not to let trucks tailgate you. Make sure that you keep your car properly maintained to avoid break-downs, which could result in a collision with a lorry, and make sure that you anticipate that big rigs take longer to maneuver than your smaller car.

Auto Village has done a great deal to simplify the process as much as possible. You can personalise your search as much as you want so that you won’t have to sift through numerous cars which will be of no interest to you, and you don’t have to deal with pushy sales people whilst getting access to the best prices online for Used Cars.

Once you have found a Used Car which you like, you can contact the seller through AutoVillage.co.uk has over 500,000 used car for sale in the UK. Our service does not just stop at getting you the best deal possible on your Used Car purchase but we can also help you to sell your car at the most competitive rates.

Should You Buy a Vape Mod? Tips on Choosing the Right One

Tips to Choose a Reliable and Affordable Auto Transport…

Common Use Cases for Businesses to Create a Dieline

Prev Next 1 of 40
Popular Topics

Tips to Choose a Reliable and Affordable Auto Transport…

3 Important Things to Remember When…

Common Use Cases for Businesses to…